You are not connected. Please login or register
+3
Kainen
Srh420
SilkySuccubus
7 posters

Classes include Vampire, Werewolf, Ghoul, and Priest
All classes have active and passive abilities that depend on their current power level.
Each class has a slightly different method for gaining power (See class details below).
Using active abilities and dying both drain a player's power.
Each class has unique join and quit events (See class change details below).
Your current power/total power determines how well your passive abilities work!
In-game help is accessed by /sn help
WitchHunters' Kill List is randomly generated on server restarts. (Admin command /sn rmTarget can be used to remove players from the list)

Each class has a unique event required for joining or leaving.
Joining a Class:
Humans construct special Altars to convert to Vampires, starting with a solid Gold Block.
Humans sometimes convert to Werewolves when dying to wild wolves at night.
Pig Zombies sometimes have the ability to make humans undead rather than just dead.
Any human who shows proper devotion to the Church may become a Priest.
Non-Priest humans who can prove their Supernatural Hunting Abilities by slaying 3 different types of supernaturals without dying will be invited to the WitchHunters' Association.
Humans who enter the Nether covered in dead animal skins (leather armor) and sacrifice themselves to the Inferno will become Demonic.
Leaving a Class:
Vampires construct special Altars to regain their humanity, starting with a solid Lapis Block.
Werewolves must make themselves a Wolfbane potion, starting with an empty Bowl.
Priests merely have to insult the Church by offering Coal to the donations' Altar.
The Holy energy of the Church's Altar will sometimes cleanse a Ghoul and restore their humanity.
Demons who die in icy water while carrying snowballs will find the demonic fire in their blood cooled.
WitchHunters who exhibit extremely poor bow skills (kill themselves) will be removed from the Association.

Spell Details:
The term 'Supernatural' applies to Vampires, Werewolves, and Ghouls only.
All spells will consume the item used to cast them.
Priest spells have a range of 20 blocks.
Banish will send the target player to the Banish Location set by server admins
Drain will remove 15% of the target's current power
Heal restores up to 5 hearts of health per cast
Cure will restore the target to Humanity (reverting them to Priesthood or making them merely Human) [Both the Priest and the target must be holding Flint for this spell to function]
Exorcise also restores the target to Humanity, but does not require the target's cooperation!
Teleport to Coven will return the Vampire to a location set by server admins
Demons' Snare spell lasts only 10 seconds.
Cycle through a WitchHunter's Arrow Types by Left-Clicking with a Bow
A WitchHunter's Power Arrow will cause the bow to go into 'cooldown' before you can fire again.
Triple Shot is intended to help WitchHunters keep a supply of arrows. If you do not want WitchHunters to gain arrows this way then remove Triple Shot from the config.yml

According to Blueice1, demon is meant to be for mods and admins only. Is this true? It'd explain how we can't become one because we can't enter the nether...
FuzzyEarz

League of legends much?

These classes remind me of league of legends ranged dps, tank, healer....anyone else think so?
drag0n 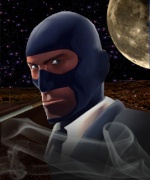 FuzzyEarz wrote:These classes remind me of league of legends ranged dps, tank, healer....anyone else think so?

for me it does me remind me to World Of Warcraft

Kainen wrote:According to Blueice1, demon is meant to be for mods and admins only. Is this true? It'd explain how we can't become one because we can't enter the nether...

Reason whyh Ghouls and Demon's are only for admin's is because Nether is disabled so only mod or higher can make you them to classes as you need to die in the nether.
Sparclee Lasagnia

Thank you alot for this it really helps!
Sponsored content